It’s almost time for the parents to start coming in so I can meet them and the children who will be my charges for the school year starting in a little over a week. I take a few deep breaths, trying to calm myself down so I don’t look like a crazy woman when they walk through the doors.

While I wait, I look around the room at all the posters I spent hours picking out and hanging up, as well as the neat rows of desks and brightly colored paper stacked on top of them, makes me giddy. Being a teacher is all I wanted to do from the time I was a little girl, and the fact that I’m finally living my dream has my chest feeling like it’s about to burst with happiness.

Sure enough, the first set of parents walks through the open door and it’s hard to stay standing beside my desk. The principal, Mrs. Sanders, warned me and the two other teachers who are new to the school this year not to seem too eager. She said if we were, the parents would think they could walk all over us. I don’t want to give that impression.

The little girl makes a beeline for the reading corner I’ve set up in one corner of the room. Grabbing a book out of one of the bins, she immediately plops down to make herself comfortable in one of the three bean bag chairs and starts flipping through the pages. I already know we’re going to get along well because if given the choice, I’m going to be reading instead of talking to grown-ups too.

Turning my attention back to her parents, I decide, screw the principal’s advice. I don’t want to come off like I’m one of the stuck-up teachers I loathed when I was in school. I want to build happy, trusting relationships with the parents of my students.

Decision made, I walk over to meet them, holding out a hand for them to shake. “Hi! I’m Hailey Lucas and I’ll be your daughter’s teacher this year.”

The excitement in my voice is clear, making both parents relax as they return my smile and take my proffered hand, first the father, then the mother, before introducing themselves as well. “I’m Stacey Montgomery, and this is my husband Isaac.” The pretty redhead turns slightly to focus on her daughter. “The little bookworm over there is Sophie.”

“She gets that from her mother,” Isaac shares, his warm brown eyes sparkling with a joke only he and his wife understand.

Leaning further into him, she explains, “I review books, so I’m always reading something.”

“Oh, I bet that’s a fun job.” It’s true. Normally, when I think of book reviewers, I think of stuffy old men publishing scathing reviews in the paper, not someone like Stacey Montgomery who’s beautiful and friendly, her smile and personality drawing people in.

Realizing I’ve been staring at her much too long while I think about the differences between her and the reviewers I’m used to hearing about, I turn my attention to her husband. “And what do you do, Mr. Montgomery?”

“Please, call me Isaac,” he says with a grin and a wink that makes his wife roll her eyes in a way that says she deals with his charm often. “I own a construction company.”

His profession isn’t shocking at all. He’s tall and lean, but his arms and shoulders clearly say he does plenty of physical labor.

Get a grip, Hailey. He’s the father of one of your students. It’s been way too long since I’ve been around someone as attractive as he is. The thought makes me think of Mitchell, the asshole I met a few months ago who was also too attractive for his own good… and married just like Isaac.

Ugh. He has no business invading my thoughts. I’ve been working so hard to forget I ever met him, but I’m failing.

Forcing myself to focus back on the conversation I’ve been having with the Montgomerys, I pretend not to notice the concerned looks they’re both giving me and paste a smile on my face. “I’m sure I can count on you coming in for career day, right? The kids love hearing about putting things together and tearing them apart almost as much as they love doing it themselves.”

Isaac chuckles but assures me he will, and I spend a few more minutes explaining what I’m planning to do this year with their daughter, a speech I’ve spent the last week and a half preparing and memorizing since I know I’ll be saying so many times.

More families are coming in, so I let the Montgomerys go explore the room and what I’m planning to have their daughter study this year while I go greet the others. Meeting all the kids I’m going to be teaching this year makes that exploding feeling in my chest bigger, and I feel like I’m where I’m supposed to be…finally.

The meet the teacher time is almost over when the hair on the back of my neck stands on end. Praying to every deity I know, I turn around slowly, hoping it’s not who I think it is, but my wishes go unanswered.

Standing in the doorway is Mitchell in all his bearded and tattooed glory. Any hope I had that my memory of him was exaggerated dies as we stare at each other in disbelief. Surely fate wouldn’t be so cruel as to have his child in my class.

Please, please let him just be in the wrong room.

That request goes unanswered too when the adorable dark-haired girl at his side says in a sweet little voice, “Are you Ms. Lucas?”

I can’t ignore her. Crouching down so we’re eye-level, I confirm, “I am Ms. Lucas. Who are you?”

She ducks her head and leans heavily into the man I’m trying desperately to ignore. I almost look up at him, wanting to share with him how precious she is, but stop myself at the last second. He’s the enemy, even if his daughter is in my class and I’m not going to make any of this easy for him.

After a few seconds of hiding, Mitchell reaches down to cup her shoulder with his big hand and she lifts her gaze to his. “Tell her your name, honey.”

That voice… saying that endearment… I’m fairly sure my ovaries just exploded. I have got to get a handle on my hormones.

His daughter finally peers up at me and takes a deep breath. “Evie.”

I think back on my student list, but I don’t remember seeing an Evie on it. Relief courses through me, but Mitchell’s next words obliterate it.

“Evelyn,” he says, and without thought, I look up at him and freeze.

He’s staring down at where I’m practically on my knees in front of him and his blue eyes are so dark they’re almost black. His free hand is fisted at his side and the sight of him starts my heart racing. “What?”

“Her name. It’s Evelyn Anderson, but she prefers Evie.” Mitchell says this like he’s extremely disgruntled about this fact, which only makes me determined to only call her Evie just to irritate him.

Turning my attention back to her, I hold out a hand. “Evie, would you like to see your classroom?” She nods, looking up at me shyly when I stand to my full five-foot-eight and grabs my hand, a toothy smile gracing her pretty face when she sees her name written on a wide white strip covered in butterflies.

Once I’m finished showing her around the classroom, I take her back to where her dad is still standing, eyes on both of us. I’ve been able to feel his stare the whole time and it’s done nothing but make me nervous.

“We need to talk.” He leans in close to say the words in a voice low enough no one else can overhear. I can smell his unique blend of car and cologne, and the scent has me closing my eyes and breathing deeply to savor it before I realize what I’m doing.

I know better than this, I swear I do.

My body sways closer to his without my permission, but then I hear Evie’s voice calling for her mom and feel his body stiffen at the same moment mine goes rigid. It takes everything in me to take a step back from the warmth of his body, but I manage… barely.

“No, Mitchell. We don’t have anything to say to each other.”

He looks like he wants nothing more than to argue, but Evie’s voice is getting closer and the last thing I want is another confrontation with his wife. The last one was more than enough.

Mitchell looks over his shoulder, and I guess he has the same thought I do because he backs off. “This isn’t the time, but we are going to talk, Hailey. A lot has changed since I saw you last.”

With that ominous statement, he leaves my classroom and I shut the door before anyone else comes down the hall. A quick look at my watch reveals the meet and greet is just about over and I slowly sink to the floor in relief.

How am I supposed to do this? How can I be his daughter’s teacher and still keep my distance from him? I don’t know what it is about him, but staying away is a struggle. It shouldn’t be, considering he’s married and I’m not that type of woman, but it’s like my body, maybe even my soul is drawn to him whenever he’s near.

She’s also the single mom of three amazingly crazy boys and since she’s a transplanted Yankee, considers herself a big city girl living in a small town. Because she can’t live in the cities she loves – Nashville, New York, Chicago – she writes about people who do instead. When she isn’t writing, you can usually find her curled up with a sexy book, or more accurately, scrolling through Tumblr. She also isn’t afraid to admit her favorite addictions: Tumblr GIF’s, social media, Spotify, Dr. Pepper, and of course, dirty books. Hunky heroes with control issues and strong heroines who stand up to them are her weakness. She loves to talk books – not just her own – with anyone, so send her a message! 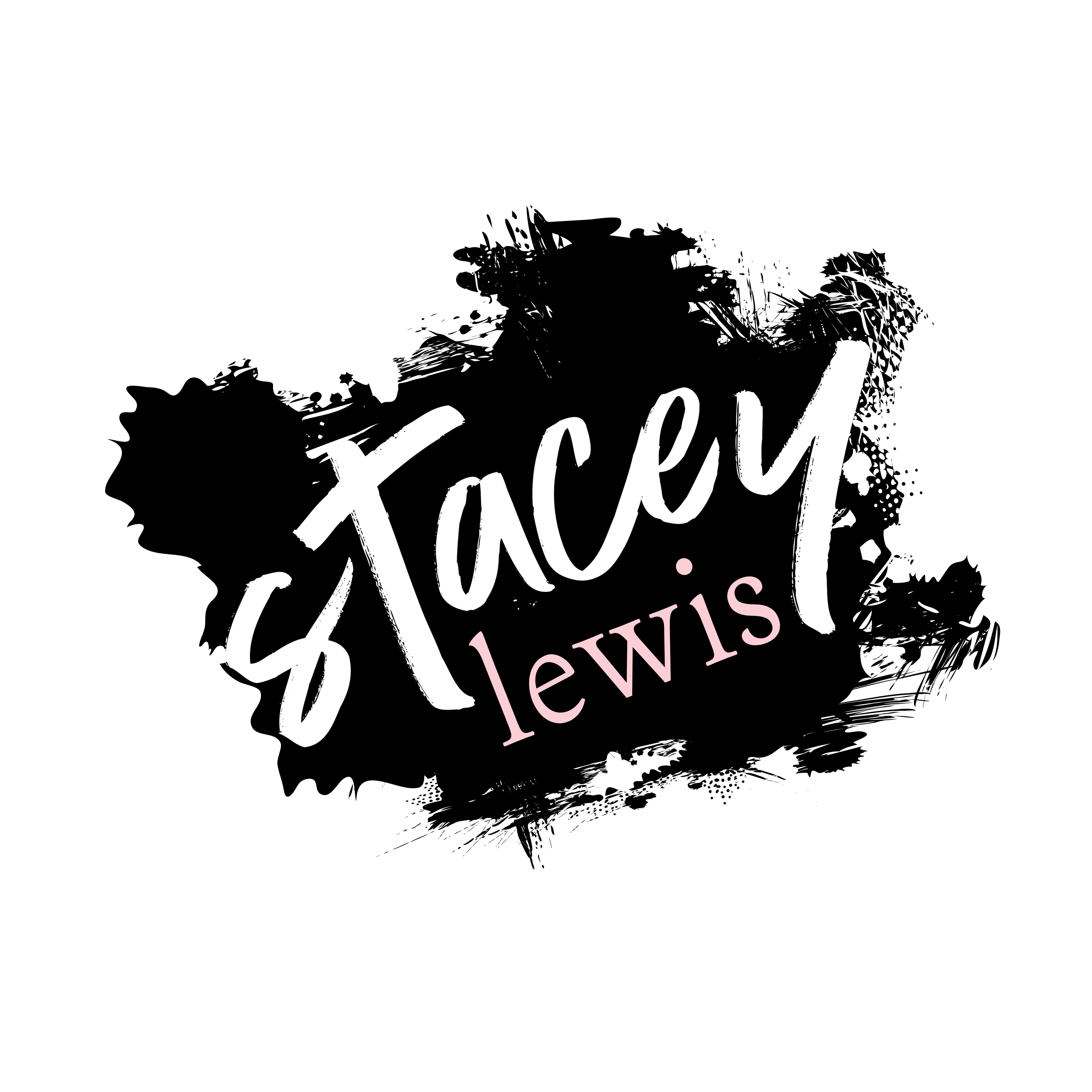